Technology Trends for the Future 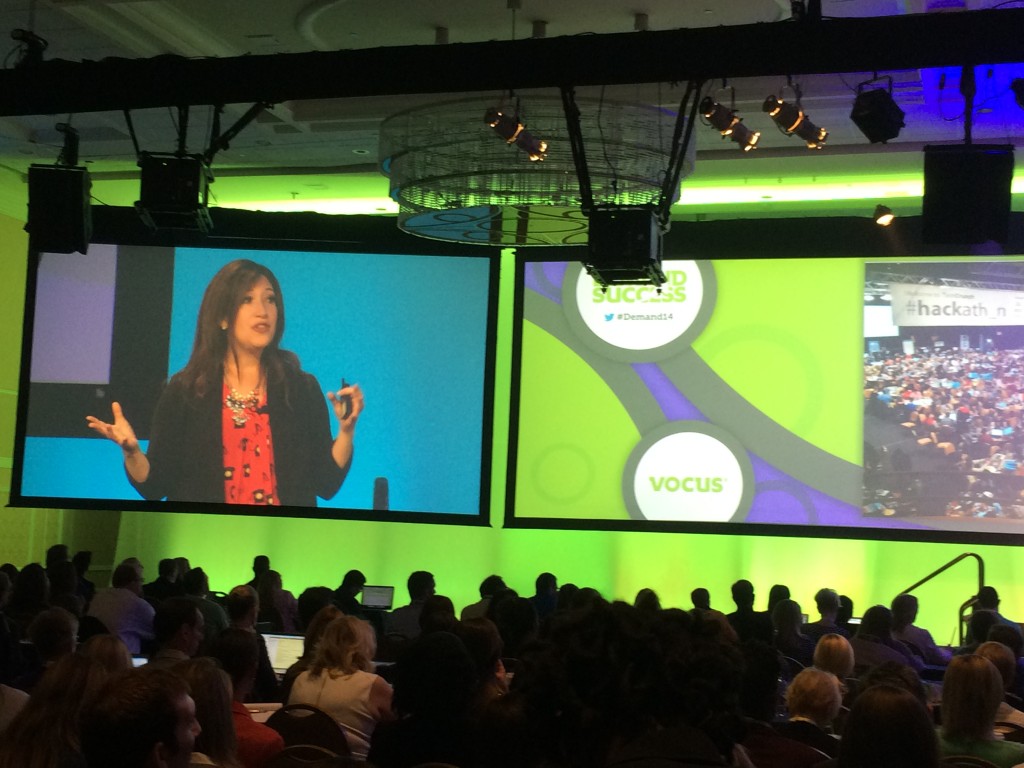 Technology has greatly influenced how we communicate and get our information. Digital technology is woven into our daily lives. We can’t imagine life without the Internet, smart phones, and Facebook. All of this has come about in the past ten years.
It took radio 38 years before it reached 50 million users. Thirteen years before television did. Only four years for the Internet to reach 50 million users. By comparison, in less than just one year, Facebook added 200 million users.
Let’s stop and really think about those numbers above. Look at the large gap in adoption rates between TV and the Internet. In the past five years, technological advancement is moving faster than any other period in our history. And it continues to advance at a quick pace. Blink and there is something new.
So what is next? Randi Zuckerberg, formerly of Facebook, shared her insider insights during the Vocus Demand Success 14 conference. She outlined ten technology trends for the future for the future we need to be aware of right now:
Age of Entre-Ployee – Today you can be both an employee and entrepreneur. Many companies are realizing this and embracing that fact with how they are recruiting and structuring the workplace. Companies are getting creative in hiring these entre-ployees by using SnapChat or video games on their websites. Companies are using fifteen to twenty percent time for people to pursue special projects. The Post-It note came out of 3M’s fifteen percent time. Giving employees the OK to be creative can benefit the organization. Hack-a-Thons (or Think-a-Thons) are another option for innovation.
Think Like a Media Company – we are all media companies. People are looking to you to produce content or media. They are coming to you for real meaningful information and interaction. Red Bull and Chipotle are two organizations that think like a media company.
Connections are Now a Currency – Some businesses are now willing to accept your tweets or Instragram posts as payment for services. Sometimes it depends on how many followers or friends you have on the business preferred social media platform. Marc Jacobs created a pop-up shop where your social status on a platform will determine what merchandise you can get for free. Businesses are realizing that some of their customers have extreme value based on the ability to reach large groups of people with virtual word-of-mouth.
Reinventing Retail – Innovation is happening in traditional bricks and mortar retail stores. On such example is Hointer, a men’s jeans shop, located in Seattle. It is staff-less. The store relies on QR codes, a smartphone app, and robotics to sell more than 150 styles of jeans. In parts of Asia, there are vending machines that sell more than just soda. They sell luxury goods such as Chanel bags. Some businesses in England are using the Pay-As-You-Will model and are finding that people are overpaying for services.
Turn FOMO into JOMO – FOMO stands for “fear of missing out” while JOMO means, “joy of missing out.” People are really good marketers and just show the great one-second snapshots of their lives through social media. There are apps capitalizing on FOMO such as RunPee app that tells you when is a good time to dash to the restroom during a movie. Another app, Couch Cache, can make up a fabulous life for you posting on social media platforms. On the flipside, the antisocial app can block you from going on social media for a set time.
Maker Movement – 3D printing is posed to be multi-billion dollar industry. It seems the sky is the limit on what 3D printers can do. They are creating human ears, which can be transplanted within the next year. Nike is 3D printing some of their shoes.
Life-Logging – People are obsessed with documenting their life online. And it isn’t just teens, adults are using FitBits to track health goals and it is unlocking important data for your health. Nest is an app that can control your home from turning lights on to turning down the AC.
Education & Healthcare – Using technology to have access to education and skill building is becoming more accepted. Code Academy is teaching entry-level computer coding. Khan Academy is bringing primary education to children globally. SkillShare allows you to learn about anything. Many personal trainers are conducting online sessions.
Game Mechanics – Game mechanics are being applied to all sorts of facets of our lives. There is an alarm clock that if you don’t get up on time it donates to a charity. There are apps to motivate you such as Gym Shamer and ZombieRunner. There’s even a scale that tweets your weight.
Unplug to Refresh – There is a movement forming around digital detoxing. There are some apps, which highlight the need for it such as the Bro app and Breakup Text app. Businesses such as hotels are embracing this trend. Kimpton Hotels will take your tech if you request it during your stay.
Businesses can embrace these trends incorporating them into their business practices. It is worth trying on a small scale then scaling bigger with success.
This column was originally published in the Lexington Herald-Leader on Sunday, July 27, 2014 and nationally distributed  to over 300 media outlets through the Tribune Content Agency.