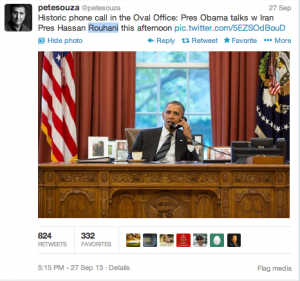 Many of you know my keen interest in international affairs (International Relations was my major at university), so I watch closely how diplomacy is conducted in this age of social media.
In this article featured in the online publication, Mashable, shows how awkward social media combined with diplomacy can be. Governments, like other large, traditional organizations, are still testing the waters of social media while others have truly embraced it. Many governments throughout the world still are blocking such sites as Twitter and Facebook and/or heavily monitoring home-grown social platforms.
I was VERY interested when I found that Presidents Obama and Rouhani had been tweeting each other (well maybe not personally, but their staff.) This is amazing on so many levels. Many aspects of diplomacy are governed by age-old mores. Very strict with established protocols. Social media is smashing those protocols. 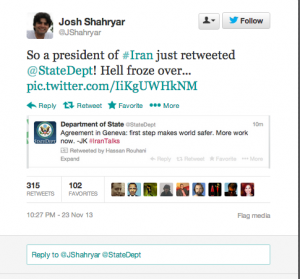 Then this happened last night. President Rouhani retweets the United States Department of State. It was after four intense days of negotiation between Iran, the United States, and foreign ministers from Europe, Russia and China where a deal to pause Iran’s nuclear program was brokered.
While Twitter has been filled with positive reactions to the deal. Critical voices within governments are making themselves known as well.

Governments are using social media as a means to communicate directly with people. And bypassing the traditional gate-keepers such as the news media and in some cases other governments to get their messages out. It is almost a new form of posturing and gamesmanship from the exchanges above. It just shows how tightly woven social media has become in our cultural fabric across the globe. I see more and more governments engaging is social media diplomacy in the future as they understand the true power of social media. 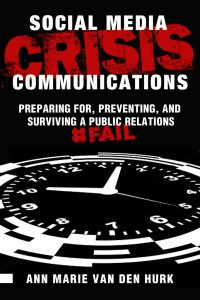