Building A Loyal Community Through Word of Mouth 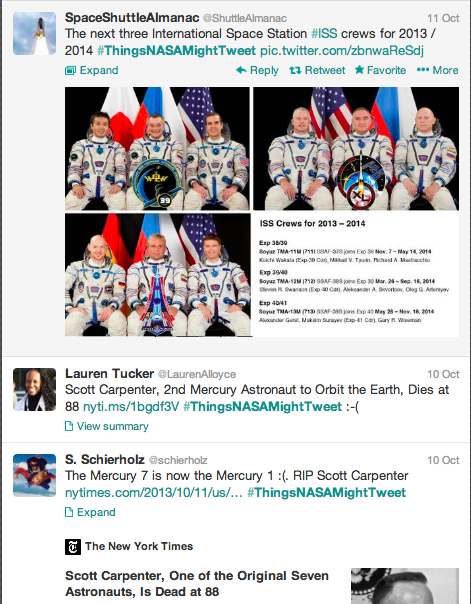 People are becoming more and more jaded to messages they see in the media. According to a report by Nielsen, 92 percent of people trust recommendations from friends and family more that all other forms of marketing. Word of mouth is key to success and has great influence.
How do you create positive word of mouth? You can do that by creating a community of champions of your organization. Having a strong community can be tied to your organization’s success in this current climate.
Communities of champions have been around for years. Think car clubs around a certain make of car or hobby clubs for model trains. The Internet has allowed for the establishment of online communities for brands. Increased the reach and numbers as well as influence.
The National Aeronautics and Space Administration (NASA) recently found out how strong their NASA Social community was during the US Government shutdown. NASA has active communities both on and off line. NASA Social is a program to share NASA’s programs, people, and missions with their social media followers. It is an active program where they invite their followers to visit their unique facilities, learn about NASA’s activities, and experience America’s space program. It includes both special in-person events and social media credentials for individuals who share the news in a significant way. NASA Social has brought thousands of people together for unique social media experiences of exploration and discovery.
According to Jason Townsend, NASA’s Deputy Social Media Manager, the goals in building this community were to share NASA’s people, missions, and programs with as many people as possible — especially reaching out to audiences that NASA wouldn’t be talking to on their own.  NASA has not forced these communities; they have grown organically through word of mouth and for the most part manage themselves.
When NASA’s voice was muted during the shutdown, the online communities came together and became the unofficial voice of NASA continuing to share NASA’s programs and missions with the world. The hashtag on Twitter, #ThingsNASAMightTweet, came to life with members sharing news and other information about NASA keeping NASA active on social media channels. In the two weeks of the shutdown, over 1,500 users sent over 4,000 tweets reaching over 12.5 million users on Twitter alone.
That’s impressive. Any organization would pay millions of dollars to have a community such as NASA’s, but it can’t be brought with money. It is build on hard work, trust, and time by the organization and community members.  NASA had been building their NASA Social communities since 2009.

How do you build a strong community capable of doing what NASA Social communities did?

Author of Fierce Loyalty: Unlocking the DNA of Wildly Successful Communities, Sarah Robinson, says you need as an organization to ask yourself a couple of questions before you go building a community.
Why do you really want a community? To sell stuff isn’t a good reason to start a community. People will see right through you and not participate in the community.
What is the return on investment for the organization building a community? When building a community, the return could be word of mouth marketing or people to test then give feedback on products and/or services.
Once you have answered those questions. You can move onto building a strong community. Robinson goes on to share that building a solid community is work. And doesn’t happen overnight. Organizations have to put resources, which include financial and human resources toward it. Community building is a long-term commitment. It can often take six to twelve months for an organization to begin to see any sort of movement with their community.

According to her, there are five building blocks that come together to create as she calls it DNA for a fiercely loyal community:

1. Captivating common interest.
2.  People who share this common interest.
3. Set of compelling needs.
4. Specific organizational structure.
5. Advance evolution.
NASA Social was able to unlock all of the building blocks in creating a loyal community. And their good community building was rewarded when the organization needed them most.
This column was originally published in the Lexington Herald-Leader on Monday, October 28, 2013.