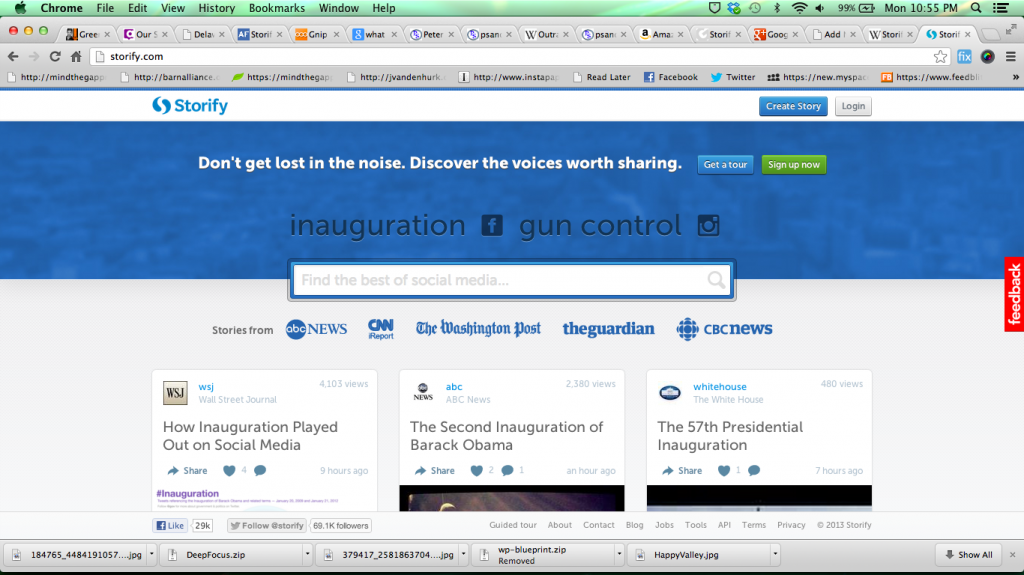 Just before the weekend started a story broke by Agbeat that Storify, the popular and useful social network service that allows users to create timelines or stories using social media platforms such as Twitter and Facebook, was making private Facebook messages public. Community concern ensued over this breech. I’d suggest you read more about the story: Facebook private status updates made public by Storify and  Storify Co-Founder implies nothing on Facebook is private. And be sure to read the comments.  That is where the trouble started for Storify when they responded.  The comments provide some valuable insights.
Reading the comments the Agbeat articles and discussions on other platforms, I was stuck by something. There are two different issues happening and they are getting mingled together: tech and communication response. They need to be kept separate.
The first issue is that Storify is alleged to be scraping off Facebook, which is not acceptable. Facebook has flaws in their code as well as their policies, which is also unacceptable. I’m not well versed in the tech concerns to really comment more so I won’t. There are others much more knowledgeable than I. And I hope they chime in the comments here to explain.
The second issue is how Storify responded when the issue was brought up to them. And before I go any further, I need to say that I’ve not spoken to anyone at Storify regarding handling this situation and do not know what closed door sessions they had regarding it. My first thought when I read Burt Herman’s responses within the comment section was that it was a knee-jerk response coming across as defensive and boorish. And not understanding people’s heightened sensitivity to privacy concerns. Attitudes which will not endear you to others. And cause more outrage.
Perhaps, a slower response would have been better to AgBeat’s article. That would have allowed for options to be discussed and appropriate responses drafted. This situation has serious implications for Storify and I believe they aware of it.
What would have been ideal is to have had a holding statement ready to go from the start. This situation should have been in their crisis communications plan as a potential scenario.  All it would have had to include:  an acknowledgment of the concern then going on to say they are investigating/researching the issue. That would have brought them needed time to verify and get the facts of the situation while showing that they heard the concern and are working to get more information. Then once internal investigating was finished then respond in a managed way. If Storify managed it this way then the follow-up story by Agbeat may have looked a lot different. And the story would have gone through the cycle.
An organization is often remembered more for how they respond to a situation rather than the situation its self. And knee jerk reactions are never the right reaction especially in business.