Social media can “humanize” your business 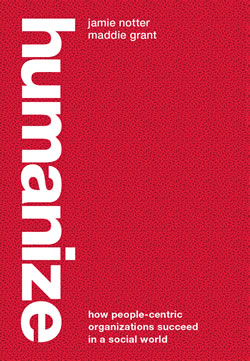 Metropolis, Fritz Lang’s classic 1927 film, gave us the imagery of man as a machine. The Matrix updated that view for the digital age. And those are just the beginning of the industrial references that fill the business world. Businesses are engineered. A chain of command is followed. Corporations are faceless. People are judged by inputs and outputs. In many ways, the human has been taken out of business. But social media is reversing that long-held belief. It’s revolutionized how people connect and interact with each other, as well as how they interact with companies. According to the Pew Internet and American Life Project, 65 percent of all online adults use social media networking sites. And more than 50 percent of active users on Facebook or Twitter follow a brand, according to a new Nielsen report on social media. The study also found that 20 percent of customers use social media to complain about a product or service. It demonstrates that social media is making customer interaction more personal and involved. Customers demand to know how and why things are happening. Unfortunately, most businesses aren’t as prepared to interact with their customers as the customers are with them. Being authentic, transparent and engaging are discussed a lot in the world of business, but nowhere are leaders told how to be authentic and transparent with customers. The new open, interactive attitudes of social media and the traditional business culture aren’t exactly well matched, as the management function has not been able to keep pace with the explosion of social media usage. It’s resulted in a clash of culture in many organizations, according to Maddie Grant and Jamie Notter, authors of Humanize. With that in mind, Grant, chief social media strategist of consulting firm SocialFish, and Notter, a leadership consultant, have introduced the “humanize” strategy. They say it offers skills to employees and empowers them to use them. Grant says social media succeeded by abandoning the traditional mindset of our machine-based organizations and instead embracing ideas that are much more consistent with what it means to be human. Take, for example, that relationships matter in social media. So does trust. So do things like meaning, humor, transparency, authenticity and creativity. How can you develop a framework for your business to humanize it? Grant says being open, trustworthy, generative and courageous are critical to our growth as human beings. She suggests your framework should be organized around those four basic elements: Open: Business structures have traditionally been closed with linear processes and strictly defined responsibility without any flexibility or ownership by employees. A humanized organization understands how to develop true ownership behavior in all their employees by empowering them to take the right action at the right time to solve problems. Trustworthy: In traditional organizations, Grant says information is rarely shared freely, as management contains it to deliver the right messages. A humanized organization embraces transparency in its culture, allowing for key information to flow freely throughout the company. Generative: In a humanized organization, the ability to create and develop new ideas is encouraged. Organizations need to build processes that maximize collaboration and make sure their people have core skills in building relationships. Courageous: This word is not often seen in business, but it is very important to all of the above. You often have to be courageous to continue to learn, make changes and innovate. Grant says human organizations will have cultures that value learning, and they figure out how to embed experimentation into all their processes. That way, healthy risk taking becomes the rule rather than the exception. By creating a more humanized organization, you’ll not only interact better with your new breed of social media-using customers, you’ll allow your workers to innovate, create and solve problems to help the bottom line.
This post was originally published in the Lexington Herald-Leader on Monday, September 26, 2011.