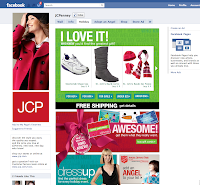 As a business owner, you need to pay attention to the power of Facebook and its 500 million active users who each create 90 pieces of content on average monthly, according to the site.
Many of those are your customers, and in the past six months, Facebook has added two new features that helps you connect with them: “Places and Deals.” It’s a move that shows Facebook is angling to become a one-stop site for everything for its members.
“Places” was introduced over the summer in the United States and is direct competition to rival location-based networks, Foursquare and Gowalla. Users check in at stores or other locations using the Facebook mobile application, allowing them to share where they are and see who’s nearby.
“Deals” was added more recently and allows users to see what offers are nearby and then share those with their friends.
Major companies are leading the way in embracing the two new features. Chipotle Mexican Grill, a burrito and taco restaurant chain, is giving its Facebook guests two entrees for the price of one if they check into “Places.” And you don’t have to be a fan of the company’s page to receive the offer.
JCPenney, which has 1.3 million fans on the social network, is taking it a step further by opening a store on its Facebook page with its entire catalog available for shoppers to not only browse but purchase.
So what does this mean for small businesses? It’s an added opportunity to connect with your customers wherever they are. Facebook’s average user has 130 friends, so imagine the word-of-mouth potential as friends see friends checked in at your business. Nielsen surveys show 78 percent of consumers trust peer recommendations. By contrast, Larry Weber’s Marketing to the Social Web suggests only 14 percent trust advertising.
Many businesses are not yet participating in social media, and some are fine to sit out. Consider that before you develop a Facebook presence for your business, you need to decide if it fits your business. It may not be the right fit for every organization. And for those that think it’s right, it shouldn’t be a standalone solution to connect with customers but one of many tactics used as part of a well-thought-out marketing plan.
Businesses have several options. Among them are:
Creating a business page: It is fairly straightforward and simple to do in Facebook. While it’s free to set up a business page on the site, you will have to invest time in creating, updating and monitoring it.
The page should not be stagnant but a way to interact with your customers regularly. I suggest keeping it very simple until you get your social media legs. You can always add custom tabs to the page later.
Also, Facebook sends page analytics weekly, so you can track your success.
Creating a “Places” page: It’s again straightforward to do. Like with other location-based platforms, you will need to claim your venue.
That’s important to do now, even if you want to wait to develop it, said Susan Gosselin, director of public relations at Vest Advertising, Marketing & PR in Louisville.
In the digital age, it’s a lot like having an advanced phone book listing, and at a minimum, the public needs to be able to look you up.
Offering deals: “Deals” gives businesses different types of values to offer customers: individual, friend, loyalty and charity.
Among the most interesting is charity, which allows for businesses to donate to a specific charity. Starbucks is donating $1 per check to Conservation International to protect 5,000 acres of forest.
If you’re unfamiliar with Facebook’s offering for businesses, now is the time to start since the site will no doubt expand its tools in the future to help you reach more and more customers.
And beyond that, it’s a way to connect more deeply with your current ones and build a richer relationship with those who follow.


This was originally published on Monday, December 27, 2010 in the Lexington Herald-Leader.