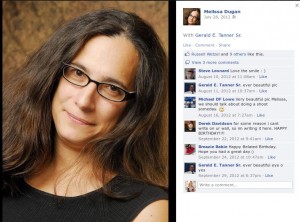 If only catfishing was about fishing.
Instead, it’s the latest risk of being active online, but there are ways to minimize your risk of becoming a victim.
Catfishing occurs when people take your photos or online avatars and use them as their own to create false identities. It’s usually connected with deceptive online romances or scams for personal gain.
An infamous case recently involved Notre Dame football player Manti Te’o, who fell victim to a catfish when his online girlfriend who he claimed had died was found to have never existed.
But the fake girlfriend’s photo was that of a real person and illustrates just how damaging catfishing can be to victims.
And more importantly, it can happen to anyone, even those who are online-savvy. Amy Vernon, general manager of social marketing for New York City tech startup Internet Media Labs, found herself a victim of catfishing.
Her Facebook avatar and other photos were lifted and used by someone who created a profile and began posting racist comments.
Vernon said an online contact saw her avatar with the fake account but knew it didn’t match her type of posts. The contact took a screenshot of the person’s Facebook profile, and Vernon reported it to the social network.
She let her online community know about the catfishing and soon hundreds of her online friends reported the impersonator to Facebook. Within 72 hours, the fake profile was shut down. She was lucky it was removed so quickly. That’s often not the case. It usually takes Facebook about a week to investigate claims.
While there isn’t much data at this point, catfishing is becoming more common anecdotally. Vernon is very active online and aware of all the pitfalls of social media. And this still happened to her despite being so Internet-savvy.
Here is her advice if you’re a victim:
■ Report the catfishing to the social media site. Most social networks, including Facebook and Twitter, have options to report impersonations.
■ Let people know you have been a victim of a catfish. Since many people go by avatars or screen names online instead of their real names, it’s ripe for confusion. And depending on how your avatar is being used, it could be damaging to your reputation.
■ Ask your friends to report the catfish account. More people reporting the catfish adds validity to your claim with the social network. If you’re a victim on Facebook, it’s easy to report:
■ Go to the timeline of the offending profile.
■ Click on the wheel-like icon on the right side next to “Message” then select “Report/Block.”
■ Follow the prompts to submit a report that the person is impersonating you.
So how can you prevent catfishing?
You can’t unless you don’t post photos of yourself online, and that frankly is virtually impossible today. But you can do periodic image searches. The standard Google Alert you may have set up for instances of your name appearing online does not cover images. But you can search for your image via Google Images.
Visit Images.google.com, click on the camera in the search bar and choose to upload a photo. Google will then show you where the photo is posted and any similar pictures.
While catfishing is an annoyance, don’t forget it’s fixable.
This column was originally published in the Lexington Herald-Leader on Monday, March 25, 2013.
For those of you subscribing via RSS, I need your help. In order to continue to get this blog by RSS, please update your feed settings to: http://feeds.feedblitz.com/mindthegappublicrelationsllcann-senseblog
—–
Ann Marie van den Hurk, APR, is an accredited public relations professional with over a decade experience bridging the gap between traditional public relations and emerging technologies. Need help reaching your business’s customers, call 302.563.992 to schedule an initial consultation, or contact Mind The Gap Public Relations.