Lessions learned about CEO leadership from the Murdoch scandal 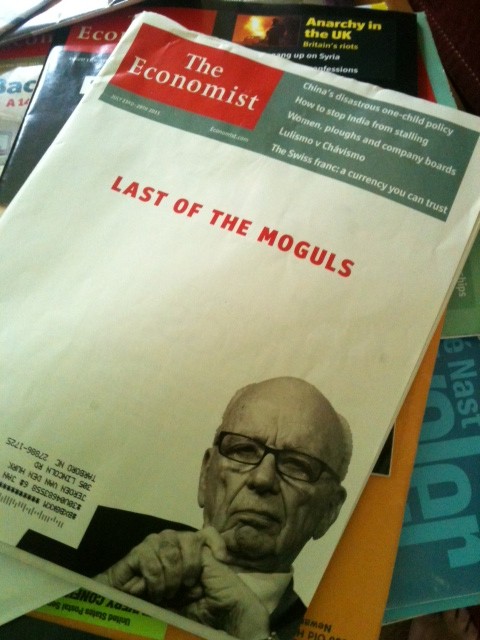 The need for every business to have a crisis communications plan was rarely more evident than with the recent scandal swirling around British tabloid News of the World.
A little more than a year earlier, the world watched as BP blundered its response to the massive oil spill in the Gulf of Mexico. Instead of learning from BP’s mistakes, The News of the World and its parent company’s leader, Rupert Murdoch, made many of the same failures.
The News of the World scandal had been brewing for some time until the bottom fell out in July with the arrest of former editors and reporters on suspicion that they had hacked into the voicemails of celebrities, royalty, politicians and other newsmakers, as well as bribed authorities. Murdoch opted to shut down the profitable publication and endured questioning by a British parliamentary panel.
But the damage had been done by the time he acted, and the story still might not be ending anytime soon, either, as the infamous hacker groups LulzSec and Anonymous claim to have 4 GB worth of emails that could “blow the lid off” the case and have set up a Web site to do just that at Murdochleaks.org. There are also continued talks of boycotting other properties of Murdoch’s News Corp., as well as investigations in the United States.
Murdoch’s media empire, which includes Fox News and The Wall Street Journal in the United States, is also under a direct assault. While there was no way of stopping the gamut of problems associated with the scandal, they could have certainly been reduced rather than compounded.
So what can we learn from Murdoch and company’s bumbled response? Consider these three points that are key to leadership in any crisis.
Transparency. While transparency has become a business cliché, it is still very important. The Wizard of Oz comes to mind here, but the days are gone that corporations can act with smoke and mirrors, closed doors and bellowing voices. Cover-ups and smoke screens won’t help any company. The Internet and social media have raised people’s expectations, as well as their ability to communicate with each other and relay the truth behind embarrassing situations. The public now demands to know the inner workings of a company, so it is best for any organization to come clean and be honest during a crisis.
Accountability. At the executive level, accountability is a must. Regardless of the situation and who is at fault, the leader must lead. President Harry Truman coined the phrase, “The buck stops here,” to symbolize that as commander-in-chief, he was ultimately responsible and accountable for his staff’s decision making. While Murdoch may not have known every detail of what was going on, he should have handled his response to the crisis better.
Communication. Being able to effectively and carefully communicate sets the tone in any crisis. In the first days of the scandal unfolding, Murdoch was thought by many to be offensive and indifferent when he uttered self-absorbed responses. Just a year earlier, the public scorned now former BP CEO Tony Hayward for his infamous comment, “I want my life back,” during the height of the company’s inept handling of the oil spill. Despite that recent memory, it took more than a week for Murdoch to express any remorse toward to the people whose voicemails had been hacked.
It shows once again that every company needs to have a crisis plan in place. It’s something that is often overlooked. A 2011 study by global public relations firm Burson-Marsteller and market research consultancy Penn Schoen Berland found 46 percent of businesses don’t have crisis management plans. And many of those have the mentality that a plan will rarely be needed. This head-in-the-sand approach rarely ends well and can destroy a company’s reputation and leads to losses in sales from irked customers.
The News of the World scandal reads like a novel or a preface for a mini-series, but it isn’t fiction. It is very real. While most businesses will never face a crisis of this magnitude, they should all take note. Like it or not, a crisis is part of doing business. The CEO must take the helm of the ship and guide it through the storm.
This column was originally published in the Lexington Herald-Leader on Monday, August 29 , 2011.
Ann Marie van den Hurk, APR, is an accredited public relations professional with over a decade experience bridging the gap between traditional public relations and emerging technologies. Need help reaching your business’s customers, call 302.563.992 to schedule an initial consultation, or contact Mind The Gap Public Relations.